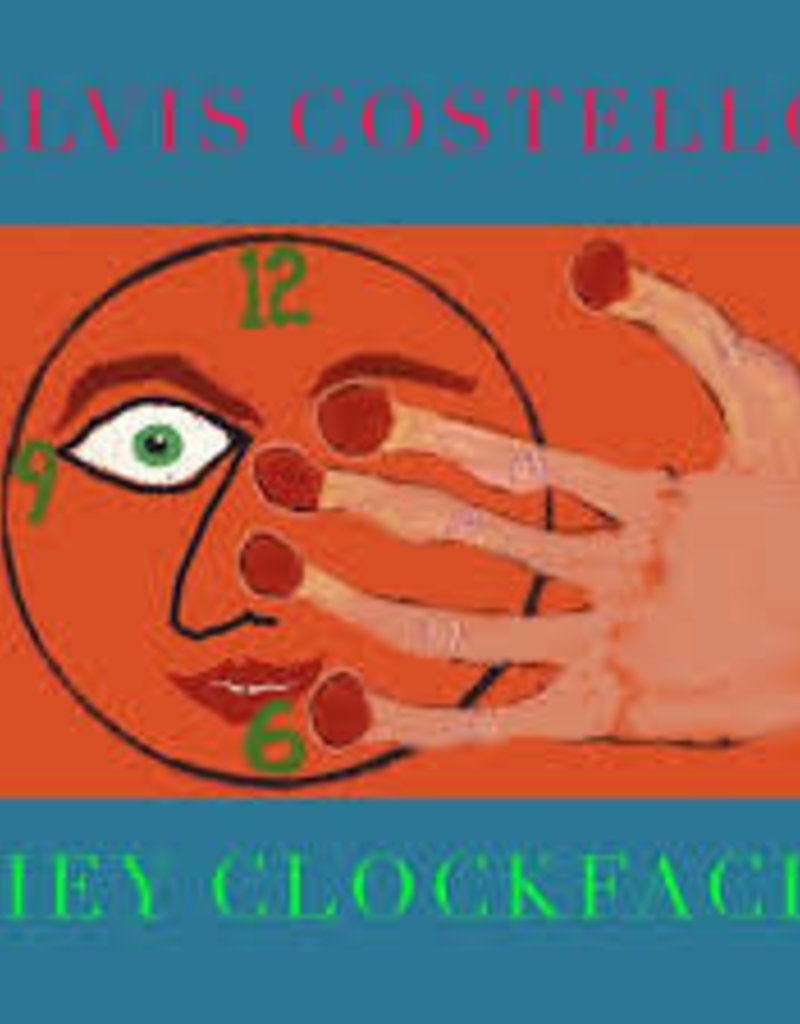 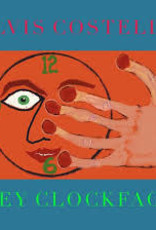 Elvis Costello’s, new album,‘Hey Clockface’ ! Recorded in Helsinki, Paris and New York and mixed by Sebastian Krys in Los Angeles. Following the solo recording of, “No Flag”, “Hetty O’Hara Confidential” and “We Are All Cowards Now” at Suomenlinnan Studio, Helsinki by Eetü Seppälä in February 2020, Costello immediately traveled to Paris for a weekend session at Les Studios Saint Germain.

Costello tells us, “I sang live on the studio floor, directing from the vocal booth. We cut nine songs in two days. We spoke very little. Almost everything the musicians played was a spontaneous response to the song I was singing. I’d had a dream of recording in Paris like this, one day.” The ensemble, dubbed, “Le Quintette Saint Germain” by Costello, was recruited for these dates by Steve Nieve (who plays grand piano, upright piano, organ, mellotron & melodica) features Mickaél Gasche on trumpet, flugel horn and serpent, Pierre‐François ‘Titi’ Dufour on cello and the drums, percussion and high harmonies of Ajuq. The Paris sessions were recorded by François Delabrière. The New York sessions were produced by composer, arranger and trumpet player, Michael Leonhart in collaboration with guitarists, Bill Frisell and Nels Cline and completed, lyrically and vocally by Costello, “via Electrical Wire.”

Speaking of the emotional and dynamic range of the record, Costello said, “I wanted the record to be vivid, whether the songs demanded playing that was loud and jagged or intimate and beautiful.” The assembled album, 'Hey Clockface' is “An Elvis Costello & Sebastian Krys Production” following on from their work together on Elvis Costello and The Imposters Grammy‐winning album “Look Now.” The motion picture of “We Are All Cowards Now” by Eamon Singer & Arlo McFurlow features images of flowers & pistols, smoke & mirrors, tombstones & monuments, courage & cowardice, peace love and misunderstanding.