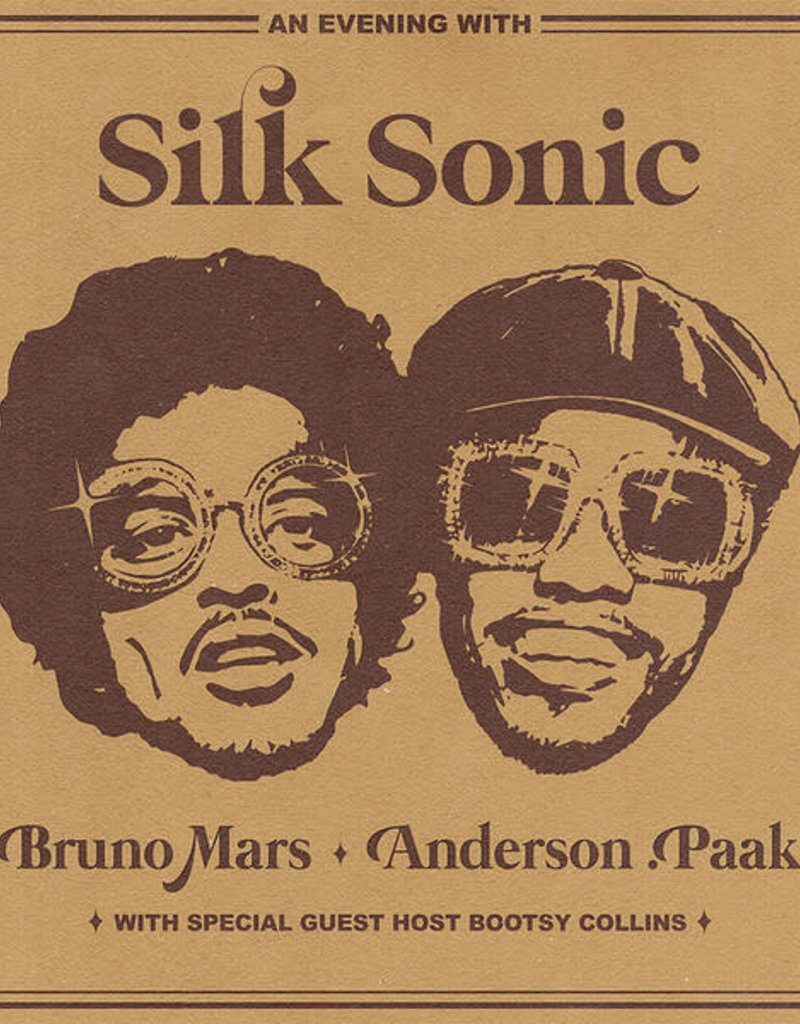 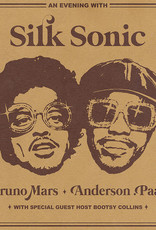 The seeds of the collaboration were planted in 2017 when Anderson .Paak and Bruno Mars toured together on the European leg of his 24K Magic World Tour. One late-night jam session on the road unlocked immediate chemistry. Just before the world slipped into quarantine, Bruno called Anderson: “Remember that idea we had back in 2017? Let’s do it.” One studio session grew into to a months-long collaboration, culminating the “setlist of doom.”

Legendary Bootsy Collins christened Silk Sonic and came in as the “special guest host” for An Evening With Silk Sonic, their debut album. Silk Sonic was finally set free on March 5th, 2021. Within less than a month, their debut single “Leave The Door Open” cracked over 230 million streams, and currently sits at 1.2 billion streams with over 346 million official video views. It reeled in rave reviews, including Variety who noted it “could be a Best R&B Song GRAMMY® winner from 1974.” After petitioning the GRAMMY® Awards to #LetSilkSonicThrive, they made their debut performance with “Leave The Door Open” and served up a powerful tribute to Little Richard.